Carter Weaver, Sheriff of Georgetown County, has announced the arrest of two subjects on charges relating to the illegal possession of drugs, alcohol, and a weapon and failure to stop for a blue light and siren.

Terrell Davane Grant, 26, of Georgetown and Tiffany Nicole Parrish, 21, of Myrtle Beach were taken into custody at a motel after he fled a traffic stop in Pawleys Island on Friday, Aug. 14, 2020.
Grant was charged with two counts of trafficking drugs, possession of a weapon by a felon, transporting alcohol with seal broken in a motor vehicle and failure to stop for blue light and siren. Parrish was charged with possession of marijuana with intent to distribute.

A deputy stopped Grant’s vehicle near Beaumont Avenue in Pawleys Island for speeding at 1:29 a.m. Friday, Aug. 14. Also in the car was a female passenger, Parrish, and a very young child in a car seat in back. After he was asked about drugs in the car, the suspect drove away at a high rate of speed. Since the driver’s identity was known and there was a young child in the back seat, the deputy did not pursue the suspect. Other deputies spotted the suspect’s car going south on U.S. 17 at a high rate of speed and followed him to a motel in Georgetown where he was arrested.

They seized a pistol, a digital scale, bags containing suspected drugs, a cell phone and $7,901 in cash.

Both suspects are being held at Georgetown County Detention Center. 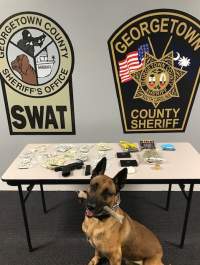 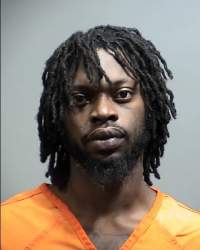 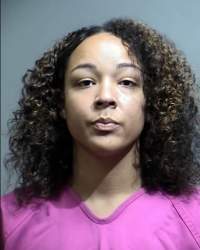 There are no comments yet. Be the first to add a comment by using the form below.